« Maybe one day we will be able to spend the night dancing in the museum, not like a night club, but as a spiritual place where we can receive and radiate energy through our spiritual body. »

At the onset of the night, SCENO nocturnalis immerses the audience into an experiential sphere. Healing vibrations intermingled with hypnotizing tunes, alchemic dance moves and
contemporary rituals of celebration lead to a state of euphoria and a sublimated experience of community. 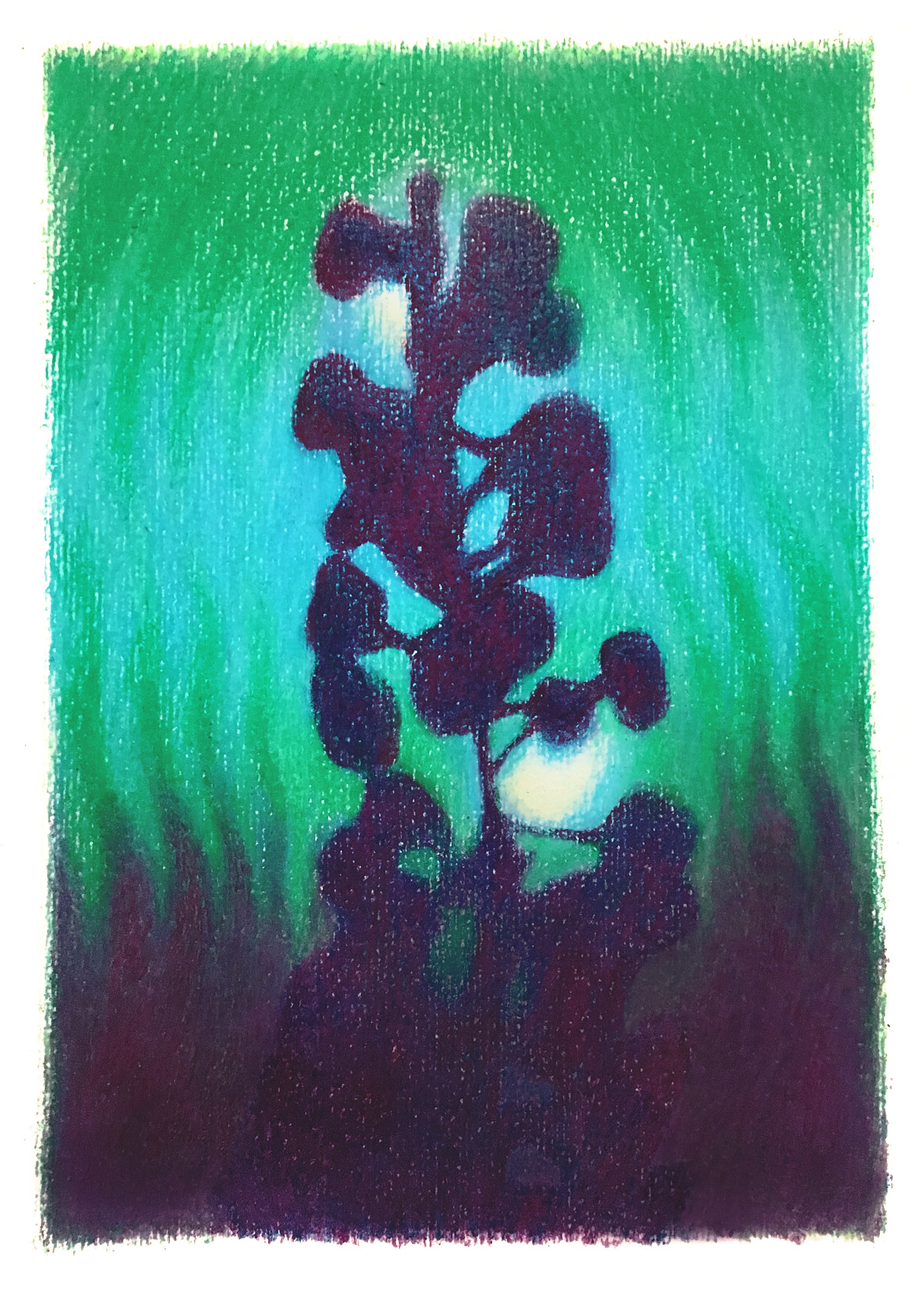 CECILIA BENGOLEA AKI INOMATA SISSEL TOLAAS
ALLIGA, from the Latin alligare, an invitation to connect, engage and commit akin to a categorical imperative, is the fifth exhibition at SFER IK Museion, a unique multidisciplinary creative sphere. Following the inaugural trilogy of Alignments, Configurations and Conjunctions, which set the stage for exploration, and the opening of Alchemistry, which illuminates the alchemical forces of transformation and creation, ALLIGA immerses viewers in a polysensory connective realm that operates as a gateway to a holistic comprehension of the proliferation of seaweed in the Caribbean and the underlying ecological and evolutionary factors.
*Alga, algae – from alligare: ad (to, towards, at) + ligo (tie, bind up or together, link)

Paris-based Argentinean artist Cecilia Bengolea's commissioned dance performance ook’ot ha', titled after a Mayan expression denoting a dance with the sea, arises from her anthropological investigations and acute discernment of the challenges the ocean faces. Her intuitive yet painstakingly precise movements embrace the constant tides, eventually submerging the audience, which is invited to partake in her aetiological artistic process. The rhythmic sequences constitute the generative principle for clay sculptures produced in collaboration with SFER IK's ceramic workshop: Intrinsically hybrid composites referencing manifold species of seaweed, fantastical creatures inhabiting the pelagic patches, and bats, the only flying mammals and keepers of the ecosystem, transform the exhibition space into an imaginary aquatic sphere, the equilibrium of which we are called to consider and tend to.

In an adjacent hemispherical space, the immersive projection of Japanese artist Aki Inomata's acclaimed video piece Think Evolution#1 Kiku-ishi (Ammonite), previously on view at the 22nd Milan Triennale, Broken Nature, features a small cephalopod inhabiting a 3D-printed replica of the shell of an ammonite — a species deemed to be its ancestor, which was extinguished concomitantly with dinosaurs. The resulting imagery participates in what one could refer to as evolutionary aesthetics, as it orchestrates the reversal of a developmental choice and implies the simultaneous existence of multiple universes, while at the same time operating as a metaphor for a possible symbiotic relationship between nature and humankind.

Norwegian artist Sissel Tolaas's sarGASsum_2019 is a  site-specific olfactive installation developed by isolating and replicating smell molecules from algae collected along the Riviera Maya, which activates yet another cognitive channel. Selected molecule combinations applied to the meandering walls of SFER IK's exhibition space, which operates like the seaweed's skin, provide keys to decoding the composition and geographic origin of the sargassum and enable a systemic comprehension of the phenomenon. Appealing to the most archaic of our senses, the piece moreover allows for the visceral apprehension of the deeper significance of the proliferation of one of the oldest multicellular organisms on the planet, and encourages cognizance of the single origin and connectedness of all life forms.

Ernesto Neto's Every Tree Is a Civilizing Entity, a delicately woven cotton crochet tree reaching 7 meters high, dwells among the living trees in SFER IK's exhibition space. The work was previously on view in Conjunctions, an exhibition highlighting the crossroads of the human journey. Its continued presence in ALLIGA points to the deforestation of the Amazon as a possible cause of the seaweed proliferation while inviting us to consider the successive exhibitions as a palimpsest of inspirations, ultimately serving as an incitation to enter the creative sphere as a new evolutionary space. 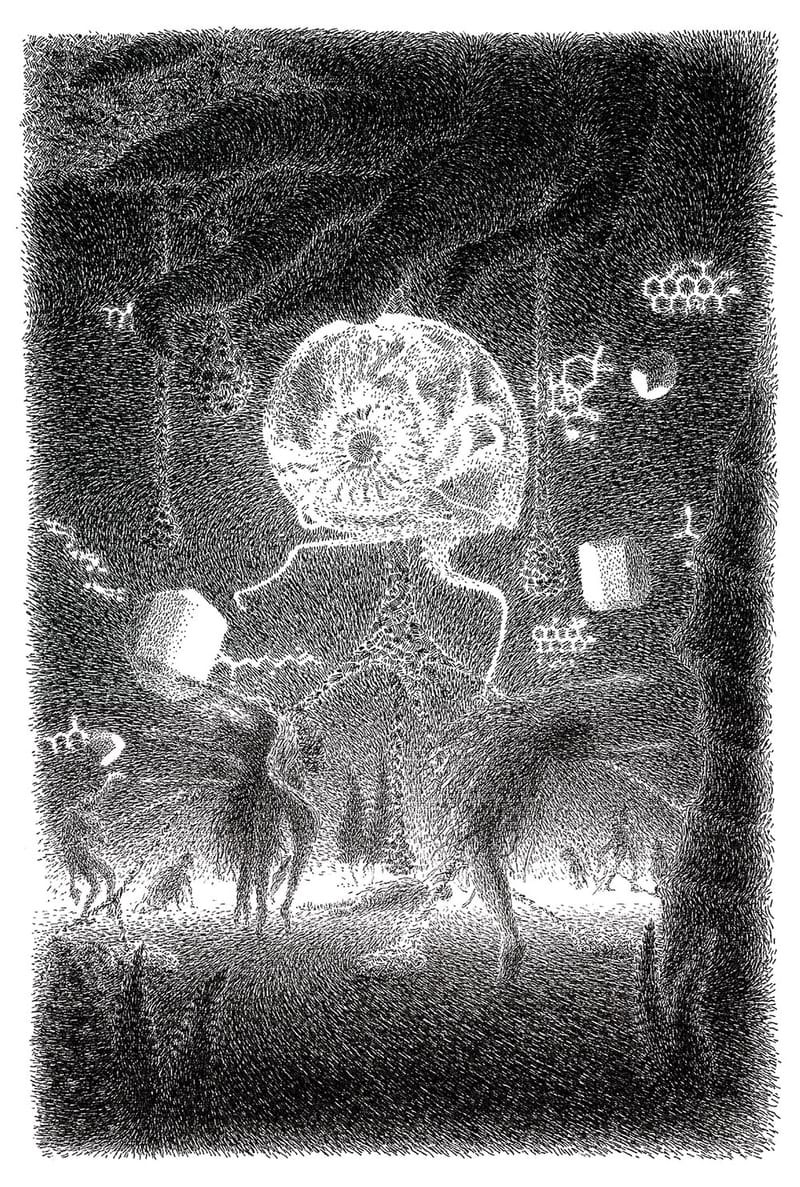